What are Trump’s business ties to the Mafia? Casinos and Real Estate have long had a history. What do we know about his?

If not before, Trump had the entree into Italian Mafioso world via McCarthy-turned-Mafia attorney Roy Cohn, who became a mentor after Trump’s father died.

Wayne Barrett wrote “The Deals and The Downfall” in 1992 and investigated his mob ties. Barrett died from pneumonia the day before Trump’s Inauguration. “His 2000 book, “Rudy! An Investigative Biography of Rudy Giuliani,” revealed details about the criminal past of Giuliani’s father. In 2007, when Giuliani was in the midst of an ill-fated presidential campaign, Barrett reported that the former New York City mayor was the owner of four New York Yankees World Series rings, which he had purchased from the baseball club for far less than what they were valued on the market.” CNN. 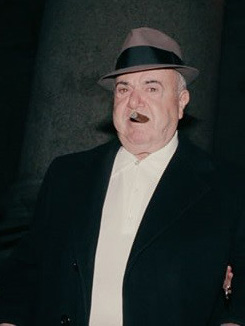 Just What Were Donald Trump’s Ties to the Mob?  I’ve spent years investigating, and here’s what’s known.By David Cay Johnston  May 22, 2016  Politico  “he’d hired mobbed-up firms to erect Trump Tower and his Trump Plaza apartment building in Manhattan, including buying ostensibly overpriced concrete from a company controlled by mafia chieftains Anthony “Fat Tony” Salerno and Paul Castellano. That story eventually came out in a federal investigation, which also concluded that in a construction industry saturated with mob influence, the Trump Plaza apartment building most likely benefited from connections to racketeering. Trump also failed to disclose that he was under investigation by a grand jury directed by the U.S. attorney in Brooklyn, who wanted to learn how Trump obtained an option to buy the Penn Central railroad yards on the West Side of Manhattan. As Barrett wrote in his book, Trump didn’t just do business with mobbed-up concrete companies: he also probably met personally with Salerno at the townhouse of notorious New York fixer Roy Cohn, in a meeting recounted by a Cohn staffer who told Barrett she was present. This came at a time when other developers in New York were pleading with the FBI to free them of mob control of the concrete business…lawyer Roy Cohn, who had become famous as lead counsel to Senator Joseph McCarthy. Among other things Cohn was now a mob consigliere, with clients including “Fat Tony” Salerno, boss of the Genovese crime family, the most powerful Mafia group in New York, and Paul Castellano, head of what was said to be the second largest family, the Gambinos.

Trump and the Mob

The budding mogul had a soft spot (but a short memory) for wise guys.  April 27, 2017 The Marshall Project

“To help build his first big Manhattan project, the Grand Hyatt New York on East 42nd Street, Trump had chosen a notorious demolition company secretly owned in part, according to the FBI, by a top Philadelphia mobster who doubled as crime lord of Atlantic City. To pour concrete for the new hotel, Trump picked a firm run by a man named Biff Halloran who was convicted a few years later for his role in what prosecutors dubbed a mob-run cartel that jacked up construction prices throughout the city. For the carpentry contract, Trump settled on a Genovese family-controlled enterprise that was central to another mob price-fixing racket, as found by a subsequent federal probe.

And then there was the person who had introduced Trump to the FBI agents in the first place. This was a 6-foot-5 bear of a man named Daniel Sullivan, a former Teamsters leader who was serving as what Trump called his “labor consultant” at the time. Sullivan wore other hats as well: He was partners with a reputed Atlantic City mobster named Kenneth Shapiro who controlled the local scrap market and who was in the process of selling Trump a large plot of land at top dollar on which to build his casino.

Sullivan, who had once been close to Jimmy Hoffa, was also secretly operating as an FBI informant, filling in the Bureau on the various mobsters who crossed his path. I know this because Sullivan, who died of a heart attack in 1993, told me all about it, proudly providing copies of the FBI memos as proof. And Sullivan wasn’t just bragging. The FBI agents confirmed to me both the authenticity of the documents and the meetings Sullivan had arranged for them with the budding casino kingpin.”

In 1991, a federal judge, Charles E. Stewart Jr., ruled that Trump had engaged in a conspiracy to violate a fiduciary duty, or duty of loyalty, to the workers and their union and that the “breach involved fraud and the Trump defendants knowingly participated in his breach.” The judge did not find Trump’s testimony to be sufficiently credible and set damages at $325,000. The case was later settled by negotiation, and the agreement was sealed