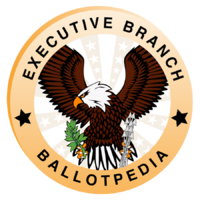 Sam Clovis, Nomination Withdrawn after Russiagate testimony, Campaign Co-Chair who may have introduced Carter Page and current White House Adviser for the U.S. Department of Agriculture.  Daily Caller about Clovis

Reed Cordish, Assistant to the President for Intragovernmental and Technology Initiatives at the White House  A former Baltimore real estate developer, Friend of Kushner and in his White House Office of American Innovation. Pushing Foxconn deal in Koch stronghold WI costing estimated $230,700 per $53,000 average job.

There are so many offices they can’t all be tracked on this site…Here are the ones making headlines.

“Ignoring your hateful rhetoric would have made us complicit in your words and actions,” they wrote in a letter to Trump. “We took a patriotic oath to support and defend the Constitution of the United States against all enemies, foreign and domestic.”

They added, “Supremacy, discrimination, and vitriol are not American values. Your values are not American values. We must be better than this. We are better than this. If this is not clear to you, then we call on you to resign your office, too.”  Signed by Kal Penn, Paula Boggs, Chuck Close, Richard Cohen, Fred Goldring, Howard L. Gottlieb, Vicki Kennedy, Jhumpa Lahiri, Anne Luzzatto, Thom Mayne, Eric Ortner, Ken Solomon, Caroline Taylor, Jill Cooper Udall, Andrew Weinstein, George Wolfe and John Lloyd Young​

Thomas Barrack Trump’s best friend for decades who introduced him to Paul Manafort and whose PAC raised $22.7 million

When It Comes To Donald Trump’s Russia Ties, It’s All About The Aides And he seems to be taking their advice.  08/12/2016 HuffPost

“Boris Epshteyn, a Trump surrogate who frequently appears on television and describes himself as a senior adviser to the campaign. The Russia-born investment banker and attorney moderated a panel at an October 2013 conference in New York City called “Invest in Moscow!”HuffPost

“Howard Lorber, a friend of Trump’s and a major donor to his campaign, has significant investments in Russia, The Washington Post reported on Tuesday.”HuffPost

Marc Kasowitz, special counsel Robert Mueller is examining the conflicts of interest generated by Deutsche Bank and Sberbank involvement in the Russian investigation in which Kasowitz is representing Trump. Kasowitz was Trump’s business attorney for 15 years and currently in Russian inquiry regarding the Kushner purchase of the NY Times building and subsequent $285m loan from Deutsche Bank, under investigation. Also represented Russia’s largest bank, Sberbank.

Jay Sekulow,  Under Investigation by Attorneys General Eric Schneiderman, NY and Josh Stein, NC. Chief Counsel for ACLJ (American Center for Law and Justice) and CASE (Christian Advocates Serving Evangelism), which he has used for collecting religious donations in a predatory fashion and paying his family over $60 million from the proceeds. He created CASE after his 1987 bankruptcy caused by investors suing him for securities violations related to creating tax shelters and financial deals for the renovation of historic buildings in Atlanta. The Guardian

Sheri Dillon of the International and Moscow Award-Winning Law Firm Morgan Lewis, is representing Trump in his tax audit.

Plans for the Transition began in April 2016 when then Senior Advisor (Paul) Manafort joined campaign manager Corey Lewandowski in the effort.  Jared Kushner was announced on May 6. NY Times   CNN   Chris Christie was announced as Transition Team leader on May 9, 2016. NBC     In August, “William F. Hagerty, a former member of Mitt Romney’s transition team, was named director of appointments while John Rader, a senior aide to United States Senate Foreign Relations Committee chair Bob Corker, was retained in the position of deputy director of appointments” Washington Post. Wikipedia

Carter Page, Under Investigation for Russian interference with the election, briefly an adviser to Campaign as Foreign Policy Adviser

Everyone in the White House is Leaking; How to tell Who is Leaking What in the Trump Administration Slate

Tom Cotton “The Arkansas senator is a national security hawk, a war veteran and has authored a bill favored by immigration restriction groups to cut back on non-skills-based immigration to the US. The White House has been working with Cotton and his co-author on the bill for possible re-introduction.”  CNN